Video Poker - How to be a Pro at the Game

The base of online video poker is a game called five-card draw where you are dealt five random cards. You can hold a number of cards that ranges between zero and five. There is also the possibility of replacing the discarded cards with new ones drawn at random. 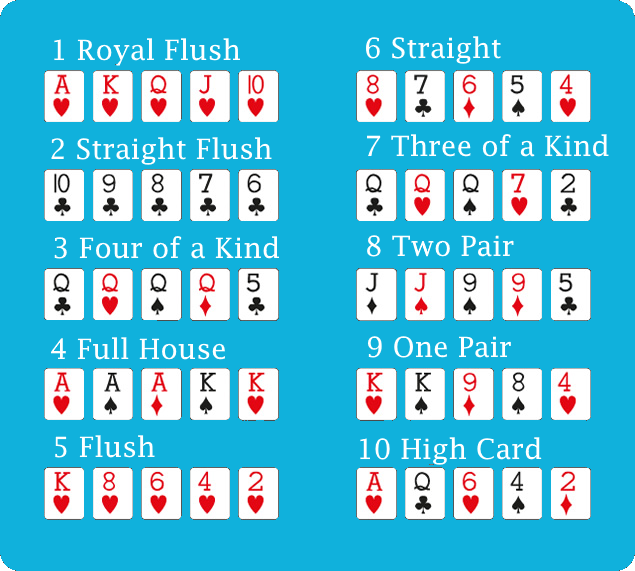 The whole concept of video poker is based on looking at a screen, regardless of whether you’re going to play online video poker or at a land-based casino. On this screen, you will see the payouts for different hands, the amount of credits that you have, the cards, and the payout if there is any.

Video Poker machines are usually in groups of the same denomination and similar Video Poker versions. Most modern Video Poker machines have touch screens for the large variety of their functions, but a small part has only buttons or both. You can use the buttons to select the amount of coins that you want to wager and the cards you would like to have in your hand. You can also tell the machine to deal or draw cards by pushing a button.

Most of these devices will have a slot for a loyalty card or Slots Club card which can be used by premium players to collect different bonuses.

At the front part of the machine, you will find coin slots and not acceptors. You can see your credit amount change on the screen after you’ve put the money into the machine.

There are a lot of Video Poker variations that you can enjoy, depending on the machine denomination or even your location.

A winning online Video Poker strategy should be centered on hitting the Royal Flush because it’s the strongest hand in Poker and will bring you the biggest payout.

You can extend your playing time by using a moderate strategy and simple common sense. Here are the three core rules of Video Poker which will help you to increase the possibility of winning:

Many people overlook the process of selecting a machine, but it can influence the outcome of your game. Spend a lot of time researching the machines in the casino and picking the one which seems the best before you actually begin to make your strategy.

Play with the Maximum Coins Allowed

This rule can give you a significant advantage over the casino when if you are consistently applying it. Most machines calculate the payouts by multiplying the coins that you wagered, so the more coins you play, the bigger the payout, especially if you have a Royal Flush.

This rule is crucial for those of you who want to make a profit, so you need to have a specific amount for each gambling session, and you can’t overspend. The most common bankroll is 50 or 100 times your stake.

The key to successfully managing your bankroll is never to increase it. That’s why you need to decide whether you would like to continue if you lost your bankroll for the specific session. If you manage to make a profit, it’s a good idea to separate the half of it and play only with the other half.

The best decision you can make is to end the session earlier so that you don’t lose more money after making a profit. That way you are in a better position for the next time, you decide to gamble.

It’s time to tell you the fundamental principles you need to follow in order to have a basic video poker strategy. Never discard A Royal Flush, a Full House, Four or three of a kind, Straight Flush, or two Pair. If you have three of a kind, get rid of the other two cards in your hand.

If you have four cards of a Royal Flush, it’s worth it to break up a regular Flush or a Straight. Remove the lowest card and try getting a stronger hand.

If you have two Jacks, break them up if you have four cards to a Royal Flush/Straight Flush. Also, it’s always better to have a low pair than a high card.

The classic Video Poker machines are always the Jack or Better type because they don’t have wild cards and use a new virtual deck to deal the cards each hand.

A wild card can replace any other card so that you can have a winning hand, and in Video Poker it automatically becomes the most useful card in your hand. Here are the different Jacks or Better Video Poker variations:

The Royal Flush jackpot does not occur in order, so the more coins you play, the bigger your winnings are. That’s why you should try to use maximum coins when possible in Video Poker if you want to have an advantage.

These machines offer smaller winnings, so that’s why the payout here is also known as Short Payback. Only by looking at the name of the machine we can see that they lowered the payments from nine to eight and from six to five coins. That is important criteria that you need to consider before choosing a machine.

There are also some Video Poker Machines which have a Progressive Jackpot. However, the higher this jackpot is, the lower the wins for hands like Flush and Full House are. That’s why you need to pay attention to the Progressive Jackpot size before putting coins into the machine.

Of course, you should also remember that profitable devices won’t guarantee you any winnings. There are other variations of the Jack or Better machines which have some big hands like four of a kind.

The big bonuses here can be received if you have four of a kind, although the payouts for other hands are smaller due to the 8/5 payout. The temptation here is hitting four of a kind.

If you want to win a lot of money from this machine, they ou must hit a three of a kind or better. The payouts for these hands are excellent, especially if you have four of a kind. The payout amount can raise up to six times from the usual.

The payouts here are also pretty decent – the Straight is five coins, the Flush is seven, and the Full House is ten coins.

You always need to have a fitting strategy if you want to have better chances of winning against the casino. Below, you will find some useful tips which will make the whole process of creating a strategy much easier.

High stakes punters need to develop different strategies so that they can improve their odds of winning because they are most often playing at the five dollar machines.

Basic Strategy for Jacks or Better

Here is what cards you should discard or hold:

These machines usually give gamblers good chances because the player has a 0.7% edge over the machine in the long run.

Many experts think that these machines will provide gamblers with the highest odds, but you have to play all five coins for each spin in order to get the biggest payback possible.

The prices for a Royal Flush or Five of a Kind with one wild card are relatively small. If you have four wild cards in the deck, a hand which used to be rare like four of a kind, Full House, or Straight Flush happens way more often.

You can also find the Deuces Wild variation with Progressive Jackpots. These machines also provide the player with an edge because they reset to 4,000 coins after the jackpot is won.

However, the payout in the case of four of a kind becomes lower. Despite that, the money you get if you have a Full House or Flush is usually more. You can get a second Jackpot in the case of Four Deuces, but you don’t receive a bonus for maximum coins.

If your Royal Flush or five of a kind has one wild card in it, then you also get a lower payout than usual. Hands like the Straight Flush, four of a kind, and the Full House are pretty rare, but you can hit them more often due to the four wild cards which are added to the deck.

You should always consider the amount of the Progressive Jackpot before deciding whether to play at a particular machine or not.

Joker Wild has different online Video Poker variations, and the deck for the game consists of 52 cards and a joker that is the wild card. That means you can combine it with other cards so that you can get a better hand.

Hitting a Full House and a Flush will bring you high payouts, so that should be your target in the game (alongside getting the Joker wild card).

Gamblers can also make a profit by hitting mid-range cards, which happens relatively often and the payouts are decent. The biggest bonus comes when hitting a Royal Flush without the help of a wild card.

There are many combinations which you can get, so here are a couple of tips which will help you decide how to play your hand: If you have five of a kind, a Straight Flush, a Royal Flush, a Flush, or a Full House – keep your cards. Discard the fifth card if you have three of a kind and a joker, or three cards to Royal flush and a joker.

These online Video Poker machines tempt many gamblers to make bigger bets than they would have in the first place. Multi-Line machines allow players to put wagers on multiple pay lines at the same time.

The biggest positive of these machines is the low base stake. Many people think that these machines give you better chances of winning, but they are the same as any other online video poker game.

There are many Multi-line Poker machines, and the differences are usually in the ability to pick multiple lines.

If you don’t get a winning hand, the losses are pretty significant, so keep that in mind before deciding to play on such a machine. A good advice we can give you is always to look at the payout schedule before playing.